As a quick follow up to last month’s piece on outdoor entertainment; a new industry survey revealed that 63% of custom integrators (Yep, that’s what they call us) expect a significant increase in their outdoor installations this year. The reason is simple.

People are looking for more entertainment options at home and new ways they can enjoy their outdoor spaces. That’s led to the cool, new stuff we discussed last time.

All righty then, what are the tech and entertainment trends that will be improving your life moving forward in the coming months and years?

Wait, you already have Netflix and Spotify. Yes; yes you do, but that’s just the tip of the streaming iceberg. You and 58 million of your closest friends have Netflix, which makes it the largest streaming service by a large margin.

Hulu and Amazon combined only amount to a shade under 50 million. Youtube is also moving into media beyond music videos, your kids’ highlights, and how to do a brake job on a 78 Volvo. They’ll have more and more original content in the coming months and they’ve already got plenty of 4K stuff up in their cloud for you to watch.

There’s a big shakeup on the horizon however. Disney is poised to enter the streaming entertainment market in a big way, and experts say it could threaten to topple Netflix from atop its pedestal. What they’ll bring to the party, beyond their massive catalog, is hugely deep pockets.

About that catalog, Disney has ABC and ESPN TV programming going back decades, and two stalwart movie franchises: Star Wars and Marvel. Those 2 are streaming staples, and while Netflix can show you them now, when Disney joins the party, their access will vanish. They also own 20th Century Fox, and can use their motion picture and TV offerings too. Netflix could be in for a spot ‘o trouble.

If Disney goes the Netflix, Amazon and Hulu route of premium quality original programming, their expertise and massive resources practically guarantee they’ll be showing some top shelf stuff. It’ll be another thorn in the current Streaming 3’s side. It may well be terrific for you though. Imagine the kind of content they’ll create if the really focus on it; especially if they produce streaming exclusive offerings.

Moreover, a few years back Disney bought Makers Studios, the largest aggregator of YouTube channels, and from what we’ve been led to believe they did not stop there. It means they have deep YouTube content banks in that format as well, and they have been very quiet about what plans they have for those resources. Hmmmm…

You may have heard of 5G. It’s been in the news a bit over the last year. It’s like 4G, but faster. It’s up to 50% faster over existing cell infrastructure, but that’s not where this baby is going to make hay.

Dedicated 5G networks use a different radio technology than 4G, and that promises a 2,000% speed increase. Since many networks still have spotty 4G coverage years after its introduction, once wonders how long they’ll make us wait for 5G. Considering all parts of the 5G standard are not fully ratified yet, it may be some time before 5G is everywhere.

The kind of streaming media and interactive control possible over a 5G network when it does arrive though….. We get warm and fuzzy just thinking about it!

Enough of the confusing WiFI nomenclature we’ve endured for decades. After all the alphabet soup of WiFI designations never really made sense anyway.

Okay, that last one’s not real….

Anyway, someone decided that putting thing in numerical order would be much less confusing for the average Joe/sephine; probably for the engineers to, really. Like 5G (See, those cell phone guys figured out the numbering thing long ago) WiFI 6 is faster than its predecessor, but there are plenty of other advantages on the horizon as well.

For one thing, it’s better on battery life. That’ll pay big dividends when you don’t chuck your iPhone 13 across the room because its battery’s dead, again. It’ll also let your laptop stay connected for much longer and not leave you high and dry at Starbucks because the seats with power were all taken.

Since we seem to be WiFi connected to just about everything these days, another WiFI6 advantage we’ll all enjoy is that it allows more concurrently-connected devices. Those LAN parties (remember them?) can be cable-free now.

When your kids all have their phones, tablets, and AppleTV connected at once, and are streaming something different to each….. how come they can’t focus on 3 things at once at school??

Anyway, this’ll help, but it’s going to roll out gradually over the next couple years. Remember, your devices have to be WiFi6 enabled too. You’ve got time on this. The WiFi 6 standard isn’t even ratified yet, but hey, we like keeping you up to date.

If you’re an Apple Head, it’s not such good news, since Qualcomm will have the first WiFI 6 chips and Apple parted ways with them a while back. It’ll be a bit until Intel, Apple’s chip vendor, is on the 6 wagon. If you fly Samsung though, you’ll get in on the action sooner.

Also, this doesn’t apply to anything on your network using a wired network connection. If you’ve been listening to us beat our chests about keeping fixed location devices hard wired, and have upgraded your network in the last few years, all of that stuff is already enjoying advantages no WiFi can match.

If we haven’t touched your backbone for a while… easy there, we’re talking about your NETWORK backbone, it’s more important than ever that it’s well sorted.

As your network demands increase, you’ll need to use the fastest cabling and devices. After all, the only thing that WiFi does is get mobile devices to your network. After it gets there, all that data still has to go somewhere.

Contact Us Now; let’s discuss how to make sure you’re ready for these and other entertainment and convenience revolutions when they arrive. You know they’ll be here before you know it. 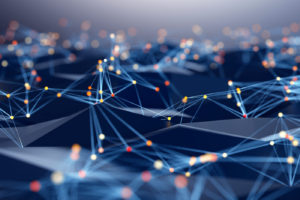