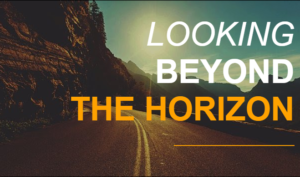 We keep expecting to see George and Jane zip by in a sky car. It’s the future, you know, and many of the Orbit City developments The Jetsons enjoyed have come to fruition, along with a few they couldn’t predict back in 1962, when the cartoon debuted.

You can’t fault Mr’s Hanna and Barbera though; Few could have realized that while we wouldn’t be living among the stars in 2018, we would regularly use technologies they depicted, such as voice control.

With the advent of self-driving cars, albeit in only 2 dimensions, we’re one step closer to realizing their dream. In fact, there are several Jetsons’ (Jetsonz, in 2018?) innovations you’ll likely see in your home soon, if you haven’t already.

Voice Control – George, Jane and the gang regularly took advantage of voice control to direct household chores. We’re not dodging protruding hands folding our laundry and pouring drinks, but we regularly ask Alexa and Google to play our favorite music, close the blinds, and turn on the lights…. and they do!

Forget to set the alarm but you’re already in bed? You could just grab your tablet or phone and do it from there, but why? You’d have to put your glasses back on.

Instead, just ask! Your alarm will set, doors lock, shades close, garage doors shut, and lights go to night mode. Oh, and that TV the kids keep leaving on in the play room downstairs? Yeah, that shuts off too!

Not only does it let you make things happen from the comfort of your posterior, voice control finds your favorite shows, or searches for ones you didn’t even know you wanted. One extremely popular feature is cross platform searching, where you find your desired program on any streaming or broadcast platform.

How does it work? For example, say you are looking for the movie Draft Day (Hey, it’s the start of football season). A quick query reveals it’s streaming on Netflix and Amazon, plus it’s on 2 different movie channels soon. When there are so many content delivery platforms to choose from, cross platform searching really helps you find what you’re looking for, no matter where it’s hiding.

Holograms – Those at the 2018 CES may have gotten a peek at the future: ray tracing holography. Many high dollar organizations are hard at work on the technology. The fact is however, we are still many years away from commercially available, realistic-looking holographic projection. 4K HDR technology is the next best thing however.

“Standard” 4K TV has been with us for a while now, and there are finally ready sources of commercially available content to show. Most of that is still movies and TV shows from pay per view on cable or streaming on Netflix and Amazon.

4k (also called UHD) Blu Ray discs offer a step up in picture quality over streaming sources, and they’re worlds ahead in sound quality, if your audio system can handle it.

Why is a 4k Blu Ray so superior in audio compared to streaming?

Simple, streaming is very bandwidth intensive and so far the best surround sound formats get left off the streaming menu. Dolby Atmos, the digital steering surround format that lets sound engineers drop a sound in precisely the right spot, even directly overhead, isn’t found in streaming content. Neither is Atmos’ competitor, DTS-X.

Even the two formats that are basically direct copies of the original sound track recording, Dolby Tru HD and DTS HD-Master Audio, are conspicuously absent from streaming alternatives.

The “Oh Geez!” audio quality of these formats have been commercially available on even modestly priced surround sound gear for nearly a decade. Still, they’ve yet to find their way to “The Stream” where many of us get our content. It’s one of the biggest arguments for “going disc”.

What About That HDR Stuff, Anyway?

HDR stands for High Dynamic Range, and it’s a way of recreating the detail that merely going to more pixels simply can’t match. For example, you look up at the clouds and marvel at the subtle shades and textures that make a cloud look so fluffy and 3 dimensional. Then you look at images of clouds on your 4K TV. Yeah, they look great, but there’s no mistaking them for the real thing.

That’s where HDR comes in. It adds in the subtle differences in color and shading that separate an ultra-high definition image from reality. Done properly it’s stunning. In fact, many engineers say it TV images would have been better served by adding HDR to “old” 1080p TVs, rather than stepping up to 4K first. For many reasons, both business and technical, that didn’t happen.

The content must be created in HDR, it’s an “end-to-end” technology. Many discs have HDR, as do programs streamed on Netflix and Amazon. The stuff’s out there, you just have to go get it! DirecTV even showed 3 holes of the Pebble Beach PGA tour stop in 4K HDR.

Why only 3 holes? Well, they were the most beautiful, so they best showed off what the technology can do. It is still exorbitantly expensive to produce live TV in 4k HDR, so they were limited to 3 holes. Hey, 20 years ago, the same could be said for gold old HDTV, too!

If you’ve a gamer in your family, the X-BOX One X does 4K HDR. Look for games marked “X-BOX One-X Enhanced” to find those that have the extra pop, but leading titles such as Forza 7, Assasin’s Creed Orgins, Call of Duty WW2, Far Cry 5, and Maddens 18 and 19 all sport the full gamut of 4k HDR. It’s a visual treat you deserve to see. The lighting effects in Madden 19 with HDR must be seen to be believed. It’s really next level stuff.

What to Watch Out For

So, what can you step in when making the 4K HDR transition? The leap to 4K HDR is asking a lot from your system. The sources and cabling all must be rated to either reproduce or transmit the bandwidth required. Old HDMI cables won’t do it reliably, if at all. You’re likely to be rewarded with a black screen or intermittent picture.

Another pitfall is buying a new 4K HDTV that does not support HDR. There are two kinds of HDR: HDR-10 and Dolby Vision, with the former being the most widely supported. There are many subtle differences between 4K TVs, but HDR support is not one of them. It’s a game changer for those that have seen it in action, and disappointment for those that saw it and discovered their set didn’t let them watch it.

Look for an HDMI 2.0a port. Many TVs supporting HDR have only one of these. Plug into another HDMI port, and poof, no HDR support.

HDMI, HDR, 2.0, 2.0a, Tru-HD, HD-Master, it’s all a bit of alphabet soup. We’d be happy to come out and look things over for you. Contact us now if you’re ready to chase George and Judy around Orbit City.

Just remember, we are always here to make tech easier and more fun for you. We keep up with the crazy pace of change in technology so you don’t have to. Send an email or call us anytime you have a question. We are happy to help.