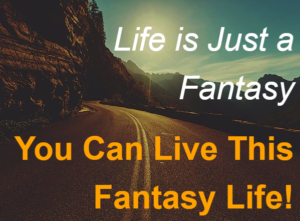 That Time Again! (at last)

Inasmuch as the NFL and NCAA has made football into a year round sport, it’s back, and for real. The NFL preseason is underway, college teams are grinding through camp towards the first kickoff, and Texas high school programs are ready to play in palaces that dwarf most Division 2 college digs.

Really, most high school players move on to play on Saturdays enjoy larger facilities and bigger crowds. On the other hand, plenty of Texas high school football recruits who play college ball will actually take a step back in those regards. So, what are most Americans doing to get ready for the season?

Well, drafting, of course! According to a recent estimate, more Americans play fantasy football than live in the state of California. Most pundits agree that’s one big reason for the NFL’s infatuation with reigning in defenses, while seemingly going overboard to help offenses put that pigskin in the endzone. It’s all about the numbers. There’s only 1 defense on your fantasy football roster, while fantasy offenses have a slew of position players with scoring opportunities.

So, what’s that have to do with us? Simple, we’re seeing a new home entertainment trend, and it’s largely due to fantasy football, although the sheer volume of football available on TV these days is another reason. From fantasy drafts to fantasy playoffs in week 12 or whenever your league starts them, people are hosting weekly fantasy parties and doing them in STYLE!

That’s spawned a trend that we wouldn’t have believed just a few years ago: home sports bars. Since fantasy ball is about multiple players on different teams playing in different games at the same time, that’s what people want to watch. It means we’re doing some amazing rooms with multiple screens. Your crew can gather and have all their important players on display at once. It’s super exciting and a pretty amazing way to spend a Sunday.

It’s definitely not just about Sundays, though. If you love college ball there are so many options now. It’s not like days of yore, when there were a couple of games on the networks each Saturday. ESPN and Fox Sports were just gleams in some network exec’s eye then. Every conference didn’t have their own sports network then, so universal game coverage wasn’t nearly guaranteed, as it is now. (Sorry if you’re a PAC12 fan trying to watch on DirecTV. Hopefully they’ll hash that out one day.)

That means getting an icebox full of your favorite beverages, trays of delicious eats, and football on big beautiful screens where ever you look. You won’t miss a single play, and if you do, that what replay’s for!

How can you possibly make all those screens show the games you want, when you want them to? No worries, that’s where we come in. We’ll put it all on a super easy to use remote. A touch here or there and you’ll have everything, right where you want it. When it’s time to shut things down (We know, that makes us sad too) it’s just a touch away. Easy, peasy.

Some folks love to watch all their pro and college games, but also put their kids’ games on the big screen for even more family fun. We’ll make that a breeze for you too. You can send it straight from your phone, tablet, or computer. Your family and friends can enjoy highlights just like the pros have. The kids LOVE it. “Hey dad, you have my touchdown ready yet?”

There are endless different screen layouts. Some of the more popular ones are:

3) A large screen with 2 or three smaller screens above

4) A single large screen that can be electronically divided into many different combinations of large and small screens on the fly. This is Super WOW!

We’ll be happy to meet to give you some ideas and recommendations that make sure your new sports space is beyond everything you could imagine. It will be your favorite room in the house this season.

Drop us a line and let’s talk. If nothing else, we’d love to catch up. 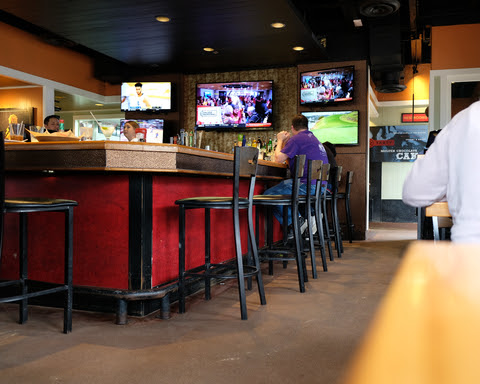 Crazy Football Facts You May Not Believe

Here are some football records to chew on while you’re hangin’ out in your new home sports bar.

Back in Nov of 1994 vs the Vikings, then Patriot QB Drew Bledsoe completed a record 45 passes, and no one’s eclipsed that mark since. Several have come close, including current Pats QB Tom Brady (43) and Big Ben Roethlisberger (44). Fitting that Bledsoe is a Washington State alum, a team that’s famous for slingin it all over the yard.

Bledsoe may have let it fly a lot that day, but it pales in comparison to how many times QB Brett Favre threw the ball during his 20 years in the league. It took a while, but the mostly Green Bay signal caller eventually amassed an astounding 10,169 passing attempts. Our arms ache just thinking about it. It’s even a more mind boggling feat when you consider his season (2006) with the greatest number of attempts ranks only 40th among single season attempts.

What happens to those balls that aren’t caught? Well, sometimes they are, just not by the offense. Dick “Night Train” Lane holds the record for the most interceptions in a single season, at 14. He set it waaayyyy back in 1952. Not only has that mark never been equaled, it was when the NFL played only 12 game seasons, and there were far fewer passes thrown in a game. Lane had many fewer opportunities to grab an INT, but he still managed to set a record that’s stood for nearly 60 years! Chew on that for a while!!

Drop us a line and let’s chat.